Started the year with a big box full of brownies for shipment to Labuan. Thanks to Emily, Piece of Cake's regular customer! Happy New Year to you and family! 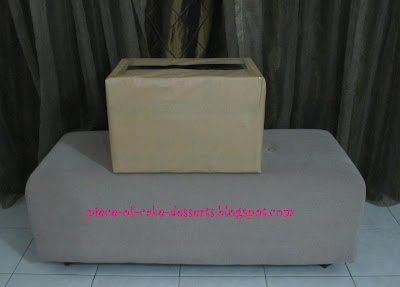 Posted by Piece of Cake at 2:57 PM No comments:

Hi all. Happy 2011! We are now open for orders. Will be making blog updates on the sweet goodies we've made recently soon. Have a sweeeeeeet 2011! 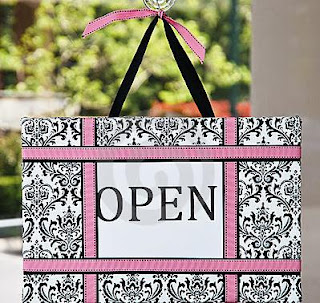 Posted by Piece of Cake at 9:18 AM No comments:

Email ThisBlogThis!Share to TwitterShare to FacebookShare to Pinterest
Labels: General

Hello all,
Piece of Cake will be closed from 7th to the end of the year.
Will revert to your messages once we reopen on 3rd January 2011.
Thank you. 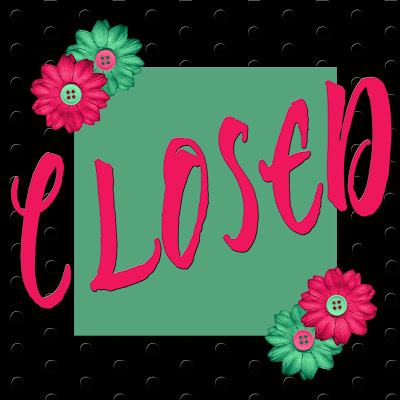 Posted by Piece of Cake at 2:04 AM No comments:

Email ThisBlogThis!Share to TwitterShare to FacebookShare to Pinterest
Labels: General

Was tasked to bake wedding cupcakes recently by an aunt. The specific instruction was to create simple, nice and yummy cuppies. Tough huh? It is for a self-taught baker like me. So, I came up with the red velvet cuppies, but this time minus the red colouring, smeared the cream cheese frosting on top, sprinkled coloured sugar and stuck a cute rose in the middle of the cuppies. Ta-da.. 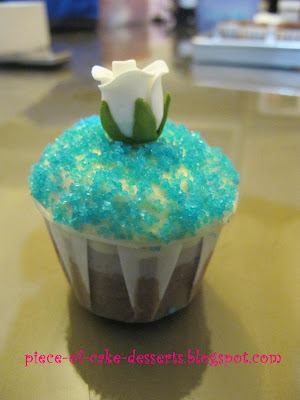 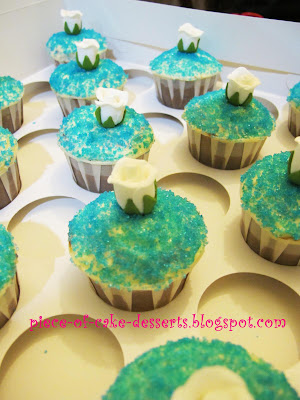 Posted by Piece of Cake at 4:02 PM No comments:

A dear friend of mine, Carol, requested a sugee cake and I immediately said yes. Only to realise after that, that I've never had sugee cake before. I love sugee cookies though but never tried the cakes and have never baked one before too!
So, when in doubt, google! Haha. Whoa!! Was really surprised when I saw the ingredients. The number of eggs and amount of sugar used! Super-thigh food. That's what my friend would call this. I ended up with the so-called 'healthiest' and 'figure-friendliest' recipe. Passed it to Carol for tasting and nahh! Even I didn't like it. Brown sugar for sugee, nahh! It doesn't go that way. Plus the recipe called for the use of almond essence. Nahhh, that didn't work either.
Call me lucky, but I then got a recipe, an authentic Indian sugee recipe from MIL's neighbour. But the thing was, I could feel my waistline expanding just by looking at the recipe alone. So, tweaked it a bit. Again, I passed to Carol for tasting. Carol called the 'test' cakes as mock-ups. Glad that she liked the second one. And to my delight, after I handed her the real cake, she said it passed with flying colours. (Eventhough I wasn't too happy with the quite messy edges!) Note to self : Make a nicer looking sugee cake next time! So, sugee cakes for deepavali, anyone? ;) Carol just ordered another 3 ;) 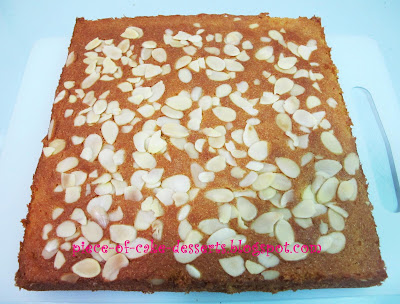 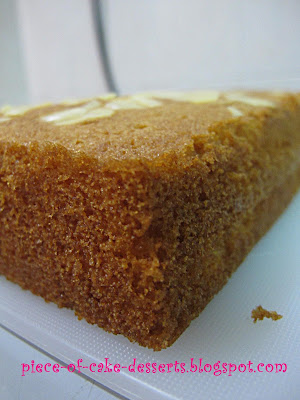 Posted by Piece of Cake at 6:04 PM No comments:

When I heard that SIL loves pavlova, I instantly knew what to do with the leftover eggwhites I have frozen in the freezer. We had dinner last few weeks and I baked pavlova for dessert. In my opinion, sourish fruits like kiwis and local strawberries make the best toppings for pavlovas. This is to somehow balance the sweetness of the meringue and the cream. Been receiving orders for these pavlovas ever since I had the pics uploaded on my facebook ;) Depending on the toppings desired for the pavlova, this is sold from RM60. Thanks guys! 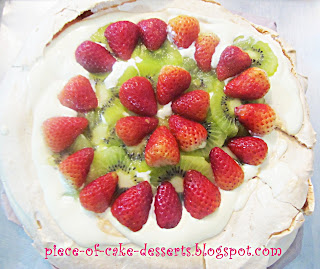 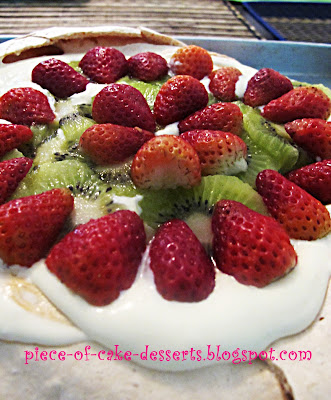 Here are the small red velvets. Weighs 1 oz each with 1.5 inch diameter. Selling at RM30 for 25 small cups. Thanks for your order Ika! 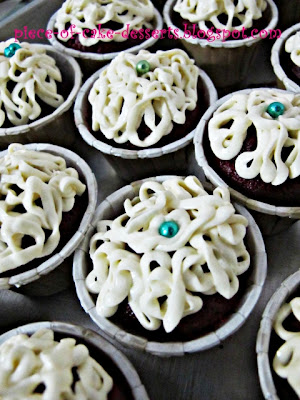 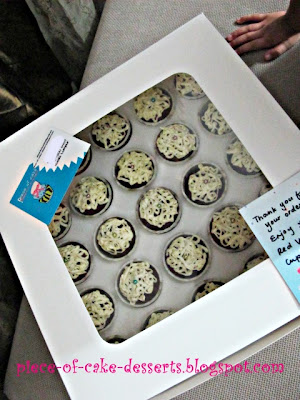 Posted by Piece of Cake at 1:55 PM No comments:

Piece of Cake
I love and am passionate about food, especially desserts! That's how the idea of Piece of Cake came about in August 2010. I am a Management Consultant by profession but I always find myself dreaming about being a domestic goddess like Nigella Lawson ;) I spend my spare time experimenting recipes. My food testers are people around me; family and friends and it is always a delight when they give good words about what I whipped up. I love the concept of being able to have desserts anytime, as my good mood food or for whatever occasion there is. That's why my desserts have to be easy peasy to make ;) Hence, the name of this venture. So, should you crave for some sweet treats whenever you're in the blues or need a tray of goodies to bring to that pot luck but have no time in hand, please feel free to contact me and see how I can satisfy your palatte. Please, have a Piece of Cake with me :) Thanks! For queries and orders, please email to pieceofcake0810@gmail.com.